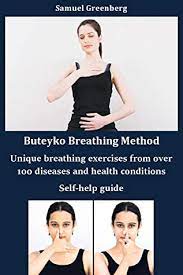 Quite the opposite, Buteyko practitioners say. The role of carbon dioxide in our metabolism is every bit as important and beneficial as that of oxygen. In fact, if our bodies are constantly deprived of carbon dioxide — which is the case of most chronically ill people — the oxygen we inhale can’t be adequately metabolized, resulting in the oxygen deprivation of our blood and body cells, including brain cells.

Supported by his observations and clinical research, Dr. Buteyko arrived at the conclusion that the vast majority of chronically ill people suffer from constant and habitual hyperventilation. The body of his studies allowed him to claim that it is hyperventilation and the oxygen deprivation resulting from it that cause many chronic conditions — from asthma to heart disease and from migraine to diabetes — in the first place.

Dr. Buteyko discovered the crucial difference between the breathing pattern of a healthy person and that of a chronically ill one. A healthy person’s breathing is light and unhurried: a relaxed intake of about 0.5 litres of air which is then exhaled slowly, followed by a leisurely pause before taking in some more air. A naturally healthy person can hold this pause for anything between 60 and 90 seconds before inhaling again.

It is this pause between air intakes that makes the difference between a healthy person and a sick one. During it, our body allows the carbon dioxide to do its job — which consists of dilating blood vessels, allowing oxygen to reach every cell of our body.

Without adequate amounts of carbon dioxide, blood vessels contract, which is evolution’s protective mechanism that prevents us from bleeding to death in case of injury. This is exactly why injured people suffering from post-traumatic shock breathe heavily: The shortage of carbon dioxide caused by hyperventilation works by shrinking blood vessels and slowing down the bleeding.

The same pattern of deep, hasty breathing, when exercised over years, can lead to chronic oxygen deprivation of body cells and numerous health conditions. Dr Buteyko proved that many chronic sufferers exhibit the same unhealthy breathing pattern: They breathe hastily and too deeply, inhaling up to five litres of air at a time.

But despite the enormous amounts of oxygen that ill people take in, they are only able to hold their breath for less than 10 or even five seconds before having to inhale again. It happens because, when they’re not getting the necessary amounts of carbon dioxide due to hasty breathing, the oxygen can’t enrich the contracted blood vessels, resulting in oxygen deprivation of the whole body.

This vicious circle, when the sufferer instinctively tries to breathe even heavier and deeper in order to get more oxygen, leads to even lower levels of carbon dioxide and therefore oxygen in his or her body. This in turn causes the gradual development of many chronic conditions, notably asthma.

The Buteyko breathing method is a serious exercise that can’t be taught by simply describing it. In order to get the technique right, it is absolutely necessary to be supervised by a trained practitioner. There are Buteyko centres in many countries.

Still, even the most basic exercise, when done conscientiously and regularly — at least several times a day — can already provide the first results.

Sit straight on a stool or a chair, with your back straight and chin up. For five seconds, inhale lightly and soundlessly through your nose, all the way down to your diaphragm (Buteyko breathing is in fact very similar to yogic breathing). Try to be as relaxed as possible: Doing this exercise to music can help.

If you can’t hold your breath for five seconds, you can do it for three or even two or one. Then let go of your nose and inhale for five seconds again. Repeat the whole combination (inhale, exhale, pause) ten times.

Your objective is to make sure you don’t overdo the pause — this will result in a following deep, greedy intake of air. To avoid that, you should not hold your breath for too long, but start inhaling lightly and gently at the first hint of discomfort in your throat or chest.

You can vary this exercise by covering one nostril and breathing (inhale, exhale, pause) through one nostril 10 times, and then through the other. If you can hold your breath comfortably for longer than five seconds, you can extend the duration of the pause, too. Buteyko recommends doing this exercise several times a day — ideally, as often as twice every hour.

At first, breathing like this takes a conscious effort, and Buteyko himself called his technique “will-controlled.” Provided you do it correctly, you may see the first positive results within a few days or even sessions, as your “pause” will be gradually getting longer and breathing “correctly” becomes a habit. However, only a trained practitioner can offer you proper guidance in case of a serious health condition.